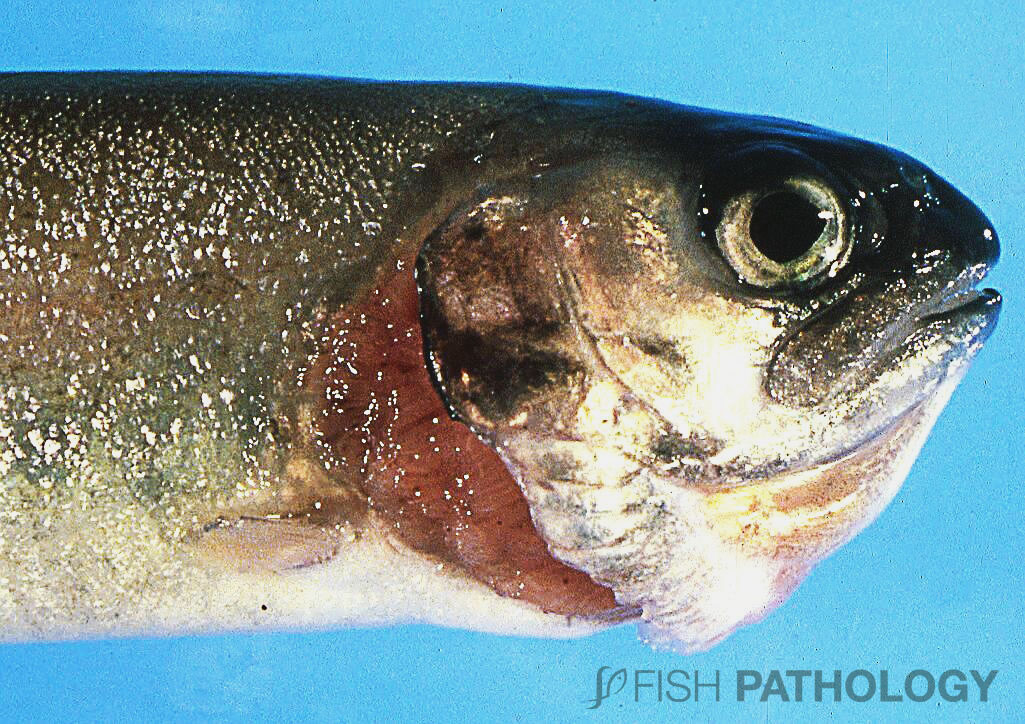 Bacterial gill disease (BGD) occurs in several species, but it is an especially serious problem of intensive salmonid culture, and in some parts of the world it is the most common disease, especially in fry and fingerlings. BGD is characterized by explosive morbidity and mortality rates, attributable to bacterial colonization of gill surfaces.

Despite such pronounced clinical signs and high mortality, pathological changes are surprisingly few and hard to find in the acute disease. It is only when (if) the fish survive for a few days, more commonly seen in older fish, that changes such as lamellar fusion and hyperplasia can be seen.


Affected fish can be seen gasping at the surface of the water. Fish show a greatly reduced fright response and they have no interest in feed. When they die, they usually have flared opercula, probably due to lactic acid build-up in the head muscles. Mortality can reach 50% or higher within 48 hours.

The causative agent of BGD, Flavobacterium branchiophilum, is a yellow-pigmented, filamentous, Gram-negative bacterium, which is considered ubiquitous in the freshwater environment; it is horizontally transmitted between fish.


It attaches exclusively to respiratory surfaces, including the epithelium lining the branchial cavity, but not to skin. And it does not invade the tissue. Attachment of the bacteria leads to a toxin-induced reduction in blood oxygen levels, down to roughly 30% of normal under experimental conditions. This is caused by a prostaglandin-mediated vasoconstriction of the blood vessels in the gills.

Treatment of acutely-affected fish with chemicals such as formalin, chloramine-T or hydrogen peroxide, leads to an almost instantaneous recovery in clinical signs, due no doubt to a reversal of the vasoconstriction and resulting hypoxaemia.

We are a group of diagnostic pathologists interested in sharing current and relevant case material in farmed fish. We welcome submissions and opinions from others
More