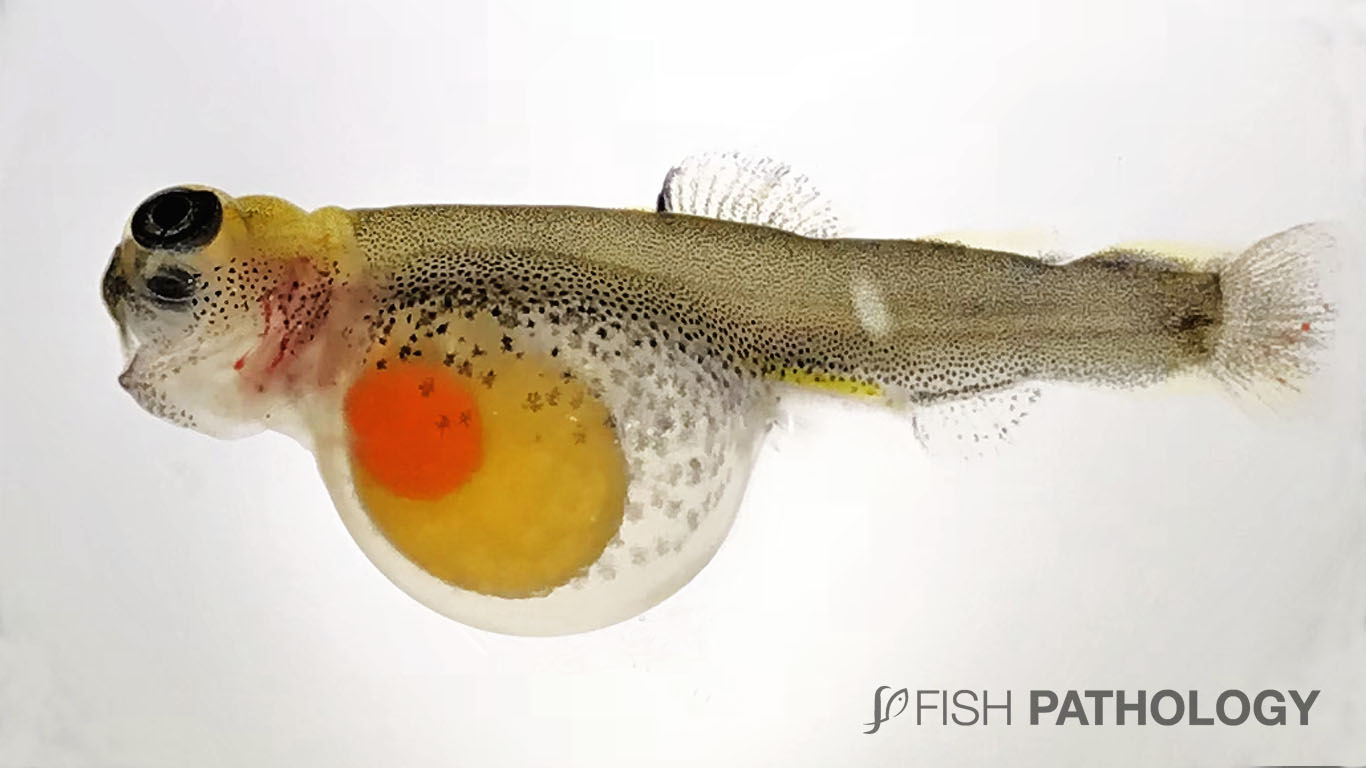 Blue-sac disease (BSD) or dropsy (hydrocoele embryonalis) is an abnormal condition that affects the egg and sac fry stages, typically of trout and salmon, but also of other freshwater fishes whose young emerge with a relatively large yolk sac.

It is characterized by abnormal accumulation of fluid with bluish tint between the yolk-sac and the outer membranes of the fry. It may also involve the pericardium and lymphatic spaces. BSD can be observed shortly after hatching and become more apparent within a few days.

Blue-sac fry are generally lethargic, and their yolk is usually more opaque than that of normal fry. Affected individuals often display humpback, and an open mouth; they also have reduced respiration and heart rate.

Various degrees of “white spotting” may also be present (coagulation or denaturation of lipoprotein), as are small or diffuse haemorrhages in the head and body. The yolk sac blood vessels are frequently flaccid and almost colourless; distal portions of the yolk sac are often missing. Fry may recover if the condition has not had a long duration or if the lesions are moderate.

BSD is generally considered to be a non-infectious disease associated with water quality criteria such as temperature, pH, total nitrogen compounds and dissolved gasses. However, Aeromona hydrophila has been related with Blue sac fry syndrome (BSFS) in trout when infected at the eyed egg stage.

Xenobiotics such as retene (7-isopropyl-1-meth-ylphenanthrene) are also believed to be able to cause blue sac disease which manifests itself as oedema, haemorrhage and death of sac alevin in the early period of larva. In dioxin-exposed fish, the blue sac signs may be the result of oxidative stress in which peroxidation of lipid membranes leads to oedema and haemorrhaging.

Some studies suggest that BSD is caused by an increased permeability of the vascular endothelium, which is associated with the upregulation of CYP (Cytochrome P450) enzyme synthesis via AHR (Aryl hydrocarbon receptor)/ARNT (nuclear translocator protein) induction pathway. Immunohistochemical approaches show the CYP enzymes to be located in the vascular endothelial cells and their presence to be associated with ischaemia resulting in anaphylactoid complications.

Finn, R.N., 2007. The physiology and toxicology of salmonid eggs and larvae in relation to water quality crietria. Aquatic Toxicology 81, 337-354

We are a group of diagnostic pathologists interested in sharing current and relevant case material in farmed fish. We welcome submissions and opinions from others
More